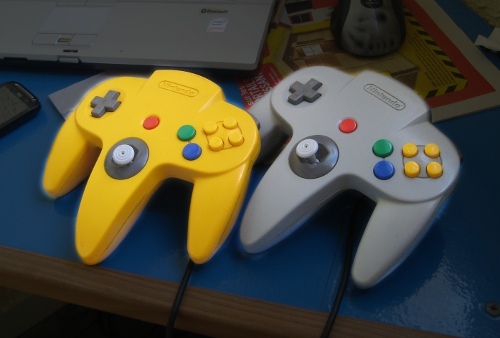 We want to make the game split screen. We know split screen game are less and less popular due to their difficulty to execute well. When I was younger we grew up with split screen games (Goldeneye, Vigilance 8, Conker) and we are sad to see less game these days with this awesome feature.

I think one of the main problem is because multiplayer games are most of the time singleplayer or splitscreen, rarely both. We would like to try to achieve both. We know it will be a lot of work.

We already built our split screen in the game and everything was working server side but we were forced to scrap it since every new content added required the double of the time to be added in the game. So right now the game is not split screen anymore but it will definitely return back when we will get more time and fund to spend on it.

Our split screen was super easy. You can drop in drop out at anytime by using your own list of characters. Also your friend can use his own account to login into your game and pick his character from your house. So this way you can play together and continue the game anytime with your own character without having to restart a new character.

I want an easy and versatile system drop in drop out multiplayer split screen. Exemple: I am a big fan of borderlands the game and I really enjoy playing with my friends on split screen but... everytime I go somewhere who own the game and we want to play I have to start a new character level...1 and the beginning of the game is such a pain that every time I prefer not to play.

The game will be officially 2 player splitscreen. Due to hardware limitation and lag issue we will limit it to 2 but the multiplayer was built in a way that you can add infinite split screen to your game. So we will hide in the game a secret dev mode that allow you to get up to 5 players split screen. 1 keyboard and 4 controllers. Once you activate the dev mode setting the game will warn you that we are not responsible of any lag or crash issue. Then you will be able to play up to five players.