Heres a sneak peak into the current progression of Citywars Savage!

I'll be explaining what's going on behind the scenes to bridge the gap between the community and the developers!

Recently, the creators of Citywars Savage attended an event, MIGS18, to shine light on their project and to gain the attention of potential partners to assist with collaborations and/or business appeals. This latest event has given a positive spin on the outlook of the future of this game! Many people from all around that attended were able to get a glimpse of the game during a demo held at our very own booth! With much feedback, the developers listened and are working around the clocks to give the game the community wants! 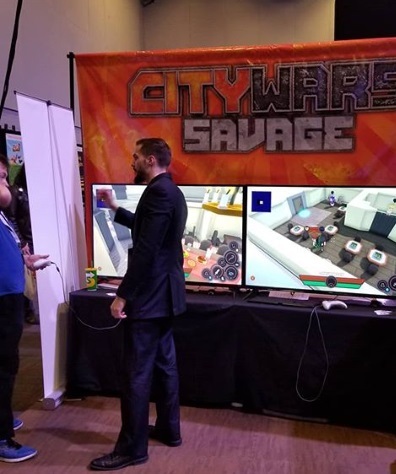 Newly added features and fixes to the project came in an abundance! Tweaks of the system's core gave a more responsive and positive look on the user interface, allowing title boxes and inventory screens to respond to the change in ratio on the window sizes. There were also many bug fixes within our base editing feature, for example, one we had would happened while maneuvering the layer selection screen, the player's camera would respond to the movement of the mouse. That was disorienting!

Another one of the many additions and changes that came was to our blueprints! You can now edit your NPC blueprints within the game. This will make it a lot easier for players who wish to edit their cities with ease, and not have to open their own internet browser to do so! That got tedious and annoying after a while. ;-) Maps! I love exploring! There were a few new maps created! Still in development, you can expect a new location containing one of our older enemies, the cyclops! They were introduced when this project first took off, then were replaced by more monstrous foes, but they're making a comeback! You'll soon be able to explore their village and raid against them! Another map, the very original Citywars Savage map, will be returning as well! With a few modifications coming, the community suggested a more linear style, as the open world seemed out of place, but fear not, all areas are still going to be explorable from that map! We hope to push these out in a timely manner! Citywars Savage may not be publicly released yet, but you can expect a Steam drop! That's right! Our very own Linkupdated has worked his magic to get us on Steam! And Darkirby3 has created the Steam page! You'll be able to see updates via Steam, and add us to your very own Wishlist! We also have 50 ALPHA keys for dedicated members to join us and begin this newly reformed community!
ALPHA TBD ! 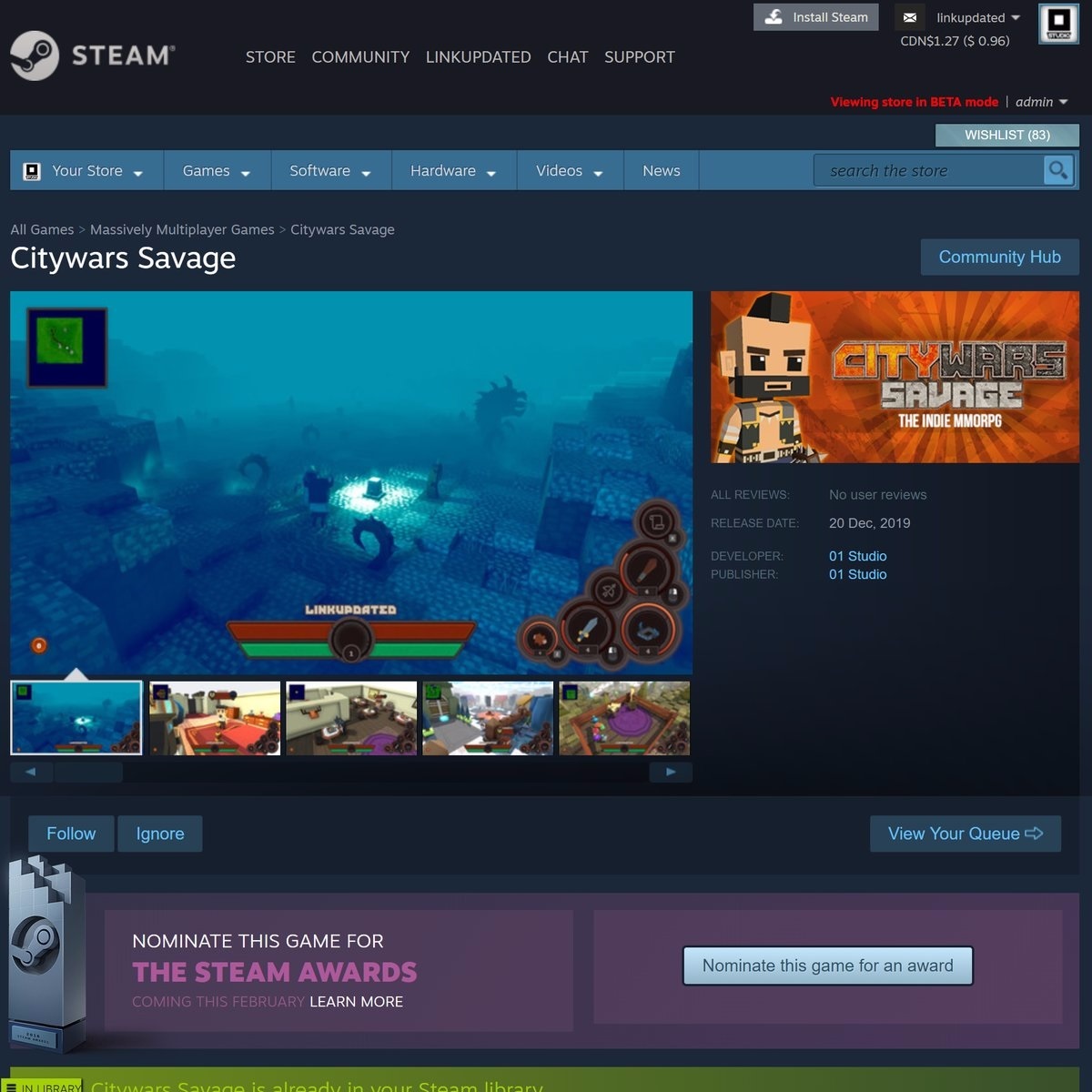 What would you like to know more about in the future sneak peaks? Drop a comment below, and check out our Instagram for more future updates! @citywars_savage


Fun fact :
The main reason why we create our steam page was because Cyan internet is so slow that it take about 2 hours sending him the new game update. Now with steam it only take 5 min !

But seriously thanks Cyan for your help ! It's really appreciate. Event with the game at this early stage with all is bug and probleme you succeed to do amazing stuff.


You think his internet is bad??? Just be glad he isn't in Australia!!!!


Hey Cj ! Why don't you join our slack ? Chad, Sniper, Cyan and Love are there. Can i send you the invitation to your registered email ?

@everyone
If anyone else want to join slack you are welcome. One thing before lets us know what was your most popular minecraft account on citywars minecraft and we will invite you.


Hey all, it's awesomelias9999 if you can remember!

Not sure how helpful I'd be in development of the game itself but I'd love to get an alpha key if you guys still have any!

I really hope this goes well because I'm really excited about it!


Hey awesomelias ! I sent you an invitation for slack. It's not an alpha key but it will be easier to stay in touch when we get the next version ready.


BixsiPig here, would love an invite for slack as well. Crazy to know sniper chad and cj is here, this community is so strong.


Hi BixsiPig, I sent you the invite yesterday I think. To your account email. Thanks!!


hello ^^ is there any alpha key avaible ?


@DarkRizzen The game is not ready yet to have people online playing it. Everything is just a bunch of test with no gameplay but if you want we can invite you to slack. This way we can stay in contact when we will be ready.


@darkirby3
yes of course , with pleasure ^^


@darkirby3
I am also starting


@Eclairblanc i will ask link to send you a invitation. What was your Citywars Minecraft username ?


@Eclairblanc the invitation to slack was sent!


dark invite me to the slack :)
its caineen


Consider yourself invited! Look at your email. :P


Not sure how popular you had to be on citywars to make the cut for the slack but my name was @babyplatypus19, curious to see more updates on this game!

Extremely popular! Like only the cool kids of Citywars.

But hey if you want to join slack you are welcome but slack is only used by me and link anymore to send file while developing the game. I suggest you join our discord if you want a little more activity online.

We got trouble to do everything at the same time so we priorits some aspect before other and this cause discord to be a little bit less active recently. We plan to get back online when we finish developing few major basic system of the game so we can comfortably return online while we are sure the game won't crash or break if player get online.